Governor Whitmer and Her Super Power? 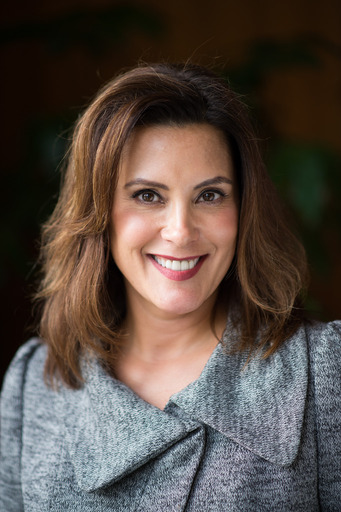 Executive power may be key in handling Republican legislature

Governor Gretchen Whitmer is facing numerous opportunities and challenges as she starts her term in Lansing. With both the House and Senate maintaining their Republican majorities, Whitmer will have to utilize all her power in the executive branch in order to “fix the damn roads”. But how far can she extend her power with a legislative majority that has made it clear they’ll put up a fight? The answer likely lies in how she intends to exercise Article V of the Michigan Constitution, which lays out Executive Power.

Executive power is exercised through an executive order (EO), which may re-organize agencies within the executive branch of state government. The caveat to an executive order in Michigan though, is the legislature can reject an EO within 60 days via a majority supported concurrent resolution (CR). In the Michigan Constitution, there are two areas regarding EO’s. Article V, Section 2, authorizes the governor to restructure the executive branch. Article V Section 8, authorizes the governor to supervise the executive branch. The key distinction between these two sections is that Section 2 allows the legislature to use their constitutional power to reject the EO, while Section 8 does not.

It has been a long time since a Michigan Governor has had an executive order rejected by the Legislature. Although, the Snyder Administration did have the issue come up once during its tenure. In 2015, a CR was introduced against EO 2015-4, but never made it out of committee. As another example, Snyder’s Executive Order 2012-2 (which transferred and reconfigured responsibilities of the Michigan Commission for the Blind) was rescinded by the Administration due to outside pressure (EO 2012-6) while never being opposed formally in the Legislature.

It only gets more technical, but that’s the nature of the beast. Governor Whitmer is also issuing executive directives. Different from an EO, these are administrative authorities aimed at cabinet members and higher-level staff. Given the impending partisan obstruction, an executive directive is much more likely to be interpreted under Section 8 of Article V, where the legislature cannot reject it. Yet, it could possibly accomplish a similar result as an EO. Therefore, if Whitmer really finds herself in a bind she may be able to bypass the Republican legislature with an executive directive.

In her very first days as Governor, Whitmer has already signed 8 executive directives. They include requirements for state employees to report imminent threats to public health and irregularities to public resources, prohibit the use of private email to conduct state business, forbid soliciting or receiving political contributions in state facilities, and more.

Governor Gretchen Whitmer will not be the first to heavily utilize executive orders. Former Gov. John Engler was famous for wielding a big stick, issuing 26 EO’s in his first year alone. And as Republicans and Democrats become more divided, she will certainly not be the last.